Our amazing time at the „Funny English Club“ in Nam Dinh, Vietnam

Every year on November 20, Vietnamese students and teachers celebrate „Teachers‘ day“ to honor them for their special contributions to the education system. We’d like to honor one Vietnamese English teacher in particular – his name is Huy! He runs a private English Club in Nam Dinh near Hanoi and gives young students the opportunity to improve their English skills.

Several months before we left Austria for our big trip we logged-in in social media platforms to connect with people in South-East-Asia and share ideas and tips for travelling. A friendly teacher from Vietnam contacted Andi and asked him if we would like to stop by at his English club. First of all we gave for consideration that our English was not perfect as we were no native speakers. But he told us not to worry about that. He wanted to give his students the opportunity to meet people from all over the world and to train conversation skills as well as to exchange experiences and get to know each other better. So, that request really made us happy and we agreed although we had no idea at that time if or when we really would arrive in Vietnams „head of the dragon“.

Many weeks later we had visited south and central Vietnam and came closer into the region. Nam Dinh wouldn’t have been a stop for us as it’s not suggested on travel blogs or in travel guides but as we’re open-minded we were sure to meet nice people and get to know a lovely city as well. After some nice days in Tam Coc – well-known for the „Halong-Bay on land“ – we arrived quite relaxed in Nam Dinh. Our host Huy warmly welcomed us in his school – the „Funny English Club“.

Huy told us that he had founded the club four years ago in his parents‘ house. By the time the community grew and the house burst at the seams. So, he rent a house to be able to welcome more students and people interested in English conversation. He is a teacher of passion and so fully commits to his job. He’s constantly searching for new ways of teaching, away from frontal class. People need to talk, need to practice their skills in conversation to be able to really use English, he proclaims.

In Vietnam it’s very popular to send children to extra-classes after regular classes in public schools. That is why countless private institutes have developed in recent years. These institutions charge high fees which many parents cannot afford. But many don’t want their children to be disadvantaged over those taught in English centers. Here is where Huy comes in. He founded his club to help those children, but not only children. His doors are open for everyone who’s interested in improving his conversation skills in English.

When he started his school, it was free of charge. But unfortunatly, one doesn’t appreciate that, which costs nothing and so, students didn’t take their lessons seriously and participated irregularly in class. So, Huy introduced a small fee to cover the costs of the house, e.g. rental fee and electricity, and to be able to buy new teaching materials. Over the years, the community grew. Today he works closely with other private institutes and of course, he found like-minded people helping him with the classes.

As regular school day ends around 4.30 p.m.; every day at 5.30 the first children come to his club. Vietnamese students are busy and many parents want them to do even more. Not infrequently Vietnamese children come to bed only after 10 o’clock p.m. as they have to do their home-exercises as well. For many children private English classes are not the only extra classes they (have to) take. Lessons in Karate or a musical instrument are popular, too. Which wouldn’t be such a big deal but the additional lessons take place quite late so that the children have less free time. Huy believes in a better school system. He wants children to have fun learning new things. We guess that is why there’s such a good atmosphere in his club.

Smaller children get educated in separate class rooms while older students of high school and university, as well as people in the work process, sit together in small groups with one teacher or English-speaking guests and train their skills.

Andi and Midori were sent to one institute once, while Damian and I visited another. There we had big fun with the children and learned a lot. After a break of about half an hour, the next group of students arrive. On the first evening Huys wife Thu cooked a wonderful meal for all of us „teachers“. On the next day we wanted to give something back for their hospitality. So, we decided to cook Spaghetti and two sauces – Bolognese and Tuna. We were quite surprised when it turned out that many of them never tried Italian food before and therefore wanted to eat with us. Before we started, we worried if they’d like it or if we cooked enough, but in the end it was a really nice dinner for all of us and nothing was left.

Two of the girls from the English club invited us to a sightseeing tour in Nam Dinh. Of course, we agreed – we were very excited to learn more about the Vietnamese culture from locals. Another guest at Funny English Club joined us, David from Canada, whose parents are originally from Vietnam. On his tour through the country to discover his roots, he stopped by at the English club.

The first thing we learned on that day was the difference between temple and pagoda: A temple is for worshipping holy ancestors, such as kings and generals, who in ancient times formed the country and defeated it against the enemies. In pagodas believers pray to Buddha.

It was the first day of the Luna new month October, which was on November 7. The Luna calendar plays an important role in Vietnam (as in China). The most important holiday is Tet, which is the Luna new year (around end of January/beginning of February). On that day we learned that each first day of a new Luna month also marks an important point in the Luna calendar. Many believers come to the temples to sacrifice and worship to a holy ancestor.

First, we visited the Tran temple, which serves the worship of the 14 kings of the Trần dynasty (the oldest dynasty in Vietnam). Very important in Nam Dinh is General Trần Hưng Đạo, who has fought important battles against Mongolia for the kings. He lived in the 13th century. In the park in the center of Nam Dinh there’s a huge statue showing him and once a year a big festival is held in his honor. On each Luna new month many believers come to Tran temple with their wishes to the kings and generals and pray to them. So, they ask for happiness, protection and blessings for the family. Huy also joined us and Serena has already been waiting for us there. They were well prepared and could tell us all about the temple’s history. But we also learned how prayers and sacrifices are made, on which side to enter the temple and on which to leave it (always right in and left out, never through the main entrance). Small details, why e.g. you find such a high threshold at temples and pagodas. When passing through you are forced to lift your legs very high and bends down, so bowed humbly. In addition, the bad is left outside.
The complex consists of a total of three temples, the upper, the lower and the central temple. We really loved the beautiful architecture of these very old and important buildings.

Nearby the Tran temple the Pho Minh Pagoda is situated. It is very old, too. Huy told us that new pagodas often serve the money merit (donations) and less the religious purpose. He doesn’t endorse them. Monks shouldn’t own property, he thinks. So, he doesn’t donate money or sacrifices in temples or pagodas, but he „donates“ his ability to teach and his enthusiasm to inspire others to do so as well.
The Pho Minh Pagoda impresses with its high tower in front of the actual pagoda. It is 14 stories high, symbolically corresponding to the 14 rulers of the Tran Dynasty. The temple was founded by a princess; her tomb can be visited behind the temple. We learned that the burial in Vietnam is subject to a ritual until today. So, the corpse is buried in the coffin in the ground and after about ten years it’s dug out again and the bones will be collected. These are buried again in the context of a special ceremony in an above-ground grave made of stone. For this princess from the 14th century even two own graves were created for their finger- and toenails; one believes that one found these only later and wanted to honor these remainders also. Even today people are buried in this way. For the excavation and re-burial, you go to a fortune-teller and call yourself an ideal date, you get a monk who speaks a few prayers (in Vietnam, by the way, the prayers are in Tibetan) and then you meet for dinner to celebrate the funeral.

After the visit of these sights we took a short ride on our motorbikes to a traditional Vietnamese restaurant to have lunch together. On the first day of a new Luna month people eat vegetarian food. We had a wonderful lunch with tofu, rice noodles and soya milk.

After a short stop in our temporary home, the English club, we were picked up by some other lovely women, we’ve got to know the day before. Some of them were teachers, others students of the English club. Spontaneously we were accompanied by some other guys who came to hang out at the English club. So, a big group rode on their bikes through the city of Nam Dinh to the flower village. It’s located at the suburban. On a big area of some hectar of flower beds, many flowers are planted and grown there. They told us that in the evening they switch on the lights to let the flowers even grow faster. Then this place turns into a romantic spot for lovers. Most of the flowers are grown for Luna new year. The flowers are sold on local markets in the city.

We enjoyed every moment with the students and teachers of the Funny English Club. Especially Huy made us a comfortable stay and infected us with his enthusiasm in teaching children. Damian had a great time and got some private extra lessons with Huy he really enjoyed. Midori also loved to have fun with the kids as well as shooting selfies with the older students. All in all, we are blessed that we were able to meet such nice, fun-loving and smart people. Thank you for the special insights into Vietnamese culture and everyday life! 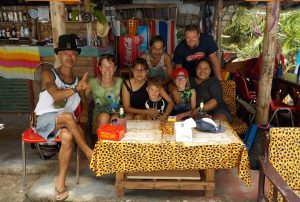 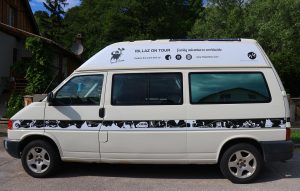 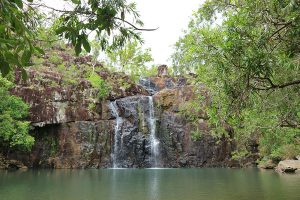 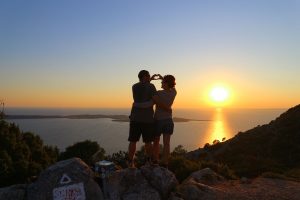 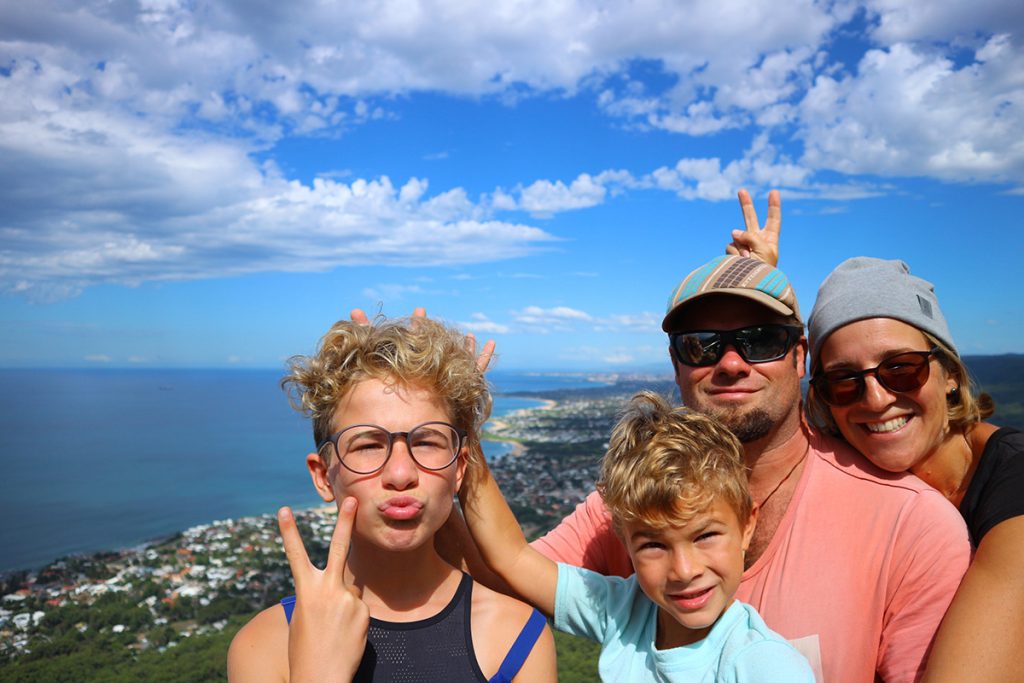 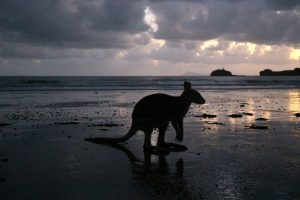 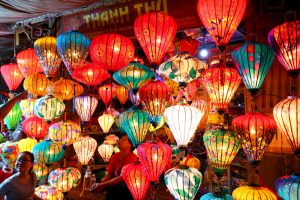 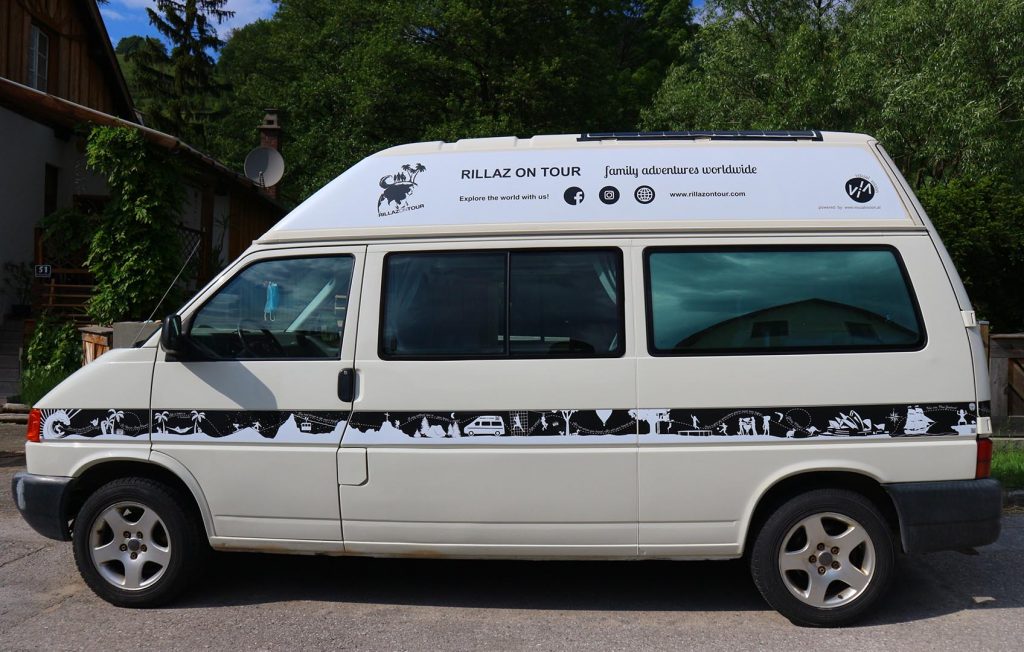 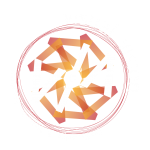